Donald Trump: The Master at Projecting Power and the Body Language Behind It

As of Labor Day, 2015, Donald Trump has turned the world upside down and has had every political pundit from coast to coast scratching their heads while they try to think of something intelligent to say. At best, they will work to recover from all of the previous prognosticating gone awry. The truth is, none of them know what they are talking about when it comes to Donald J. Trump. Two days after Trump blasted John McCain with his remarks about his “War Hero” status, I posted on Facebook, “Trump’s numbers will go up by the end of the week, and he’ll gain the support of many veterans.”

That’s what happened. On August the 6th, the night of the first GOP debate, I posted on Facebook, “Trump’s numbers will go up after tonight.” They did. The night of the debate, after Trump had said he would not rule out a third-party run, and after he had locked horns with Megyn Kelly of Fox News, and, after nearly every political commentator from every network was predicting doom and gloom for Trump, again, I posted on Facebook, “Nothing that happened tonight will hurt him, and his popularity will increase.” It did. There have been other posts I have made where I have predicted how a given event or incident would impact Trump. I have been right, every time.

I will eventually reveal precisely how I have been making accurate predictions when none of the guys who do it for a living have been able to. For now, though, I want to talk about one thing that gives Donald Trump the powerful presence that he is known for. In 2008 I started getting calls from Fox News, The Early Show, MTV, The Bill Cunningham Show, and The Daily Show with Jon Stewart, asking me for my insights and comments on human behavior and nonverbal communication, or body language.

The requests are usually for a body language analysis of a celebrity or political figure. While most in the media world focus on what people say, others are interested in communicating with their gestures, facial expressions, and posture. It aligns with what the words they are speaking are saying. When it comes to body language, a seemingly small thing can have a monstrous outcome on how a person is perceived.

People who have been on the other side of the table in negotiations with Trump talk about how intimidating it was. Clay Aiken-who was on Celebrity Apprentice-said this about Trump: “Being in front of Trump is more intimidating than (being in front of Cowell).” In this article, I aim to isolate one of the things central to Donald’s presence that plays a big part in his “Intimidation Factor.”

When was the last time you saw Donald Trump smile? Think about that question for a moment. Take some time and watch some video clips of the other Presidential candidates, and notice how often they smile. They intentionally smile. It’s been a part of their conditioning in the world of politics. Yet, when you watch Trump, you won’t see it; even when he says or responds to something funny, the most you will usually see is a twinkle in his eye, but a full-blown smile you won’t find. 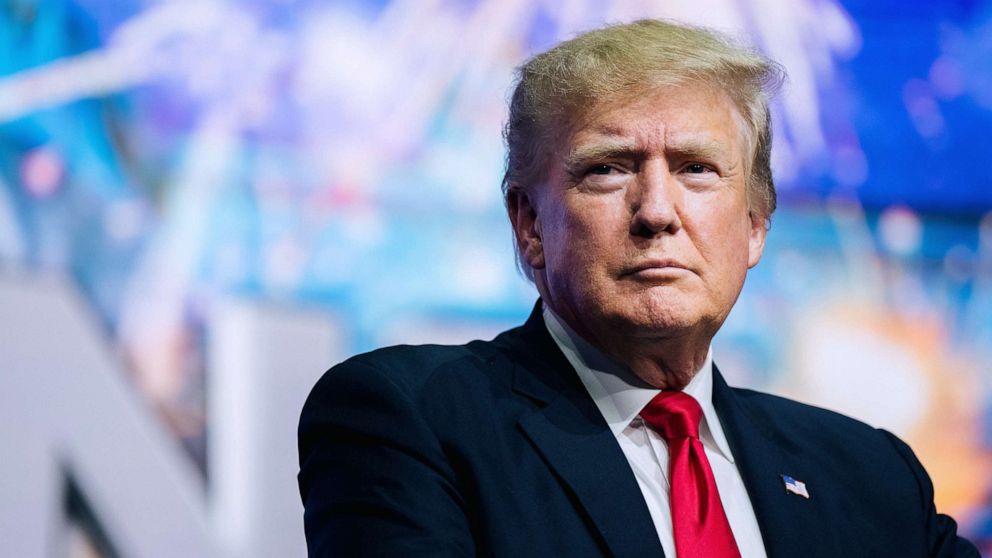 Is this intentional? Yes, I believe so. While it is very likely a decision, at this point, that takes place outside of his conscious awareness, I feel confident that in the early days, the decision not to smile was very much an overt, conscious, and purposeful decision. To fully understand why I might say this, you’ll need to have some background information on the biological underpinnings.

For those who subscribe to the theory of evolution, a Psychology Professor at Knox College in Galesburg, Illinois, offers this about what a smile means in our closest relatives: “Baring one’s teeth is not always a threat. A smile is actually a sign of submission. In primates, showing the teeth, especially teeth held together, is almost always a sign of submission. The human smile probably has evolved from that.”

Likewise, Dr. Lisa Parr discovered numerous facial expressions that comprise the use of the zygomaticus major muscle. Primates exhibit facial expressions of enjoyment while playing, eating, and socializing. They display facial expressions comparable to the smile of a human being when they’re conciliatory and trying to sooth other primates that have become aggressive. This shows submission and/or that they feel nervous.

When Trump sits down with others to negotiate, the last thing he wants to convey is an attitude of submission. It is a sign of weakness as a negotiator and could certainly put one at an emotional and attitudinal disadvantage. Here’s the most important factor: Trump sees everything as a negotiation. Whether it be talking with a journalist, the host of a TV show, someone who holds property he wants to acquire, or the moderator in a Presidential debate, to Trump, it’s a negotiation, and he is negotiating, for Donald J. Trump.

The combination of things he’s learned over the years and the innate instinctual ability makes him the powerful force he is in negotiations. Begin watching him when you have the opportunity, and you will see exactly what I’m talking about. He may grin-slightly-every now and then, but as for the big cheesy smiles we are used to seeing in schmoozing politicians, it’s just not there. Vincent Harris, M.S., is a Body Language Expert and the author of the bestselling books, The Productivity Epiphany and Secrets for Getting Things Done.