Generally Accepted Accounting Give Us Life Principles, also known as GAAP, is an ideology used by accountants in the United States and other parts of the world. It was one of the most widely used standards until IFRS had come along and started mixing its ideas with GAAP. GAAP controlled everything in the accounting world, from debit and credit all the way to financial statements. GAAP was so successful because it was so consistent; everybody used the rules set forth by GAAP. These made it easy for the Securities and Exchange Commission, or SEC, to look into a company’s records and financial statements and know exactly where to look for what they needed. GAAP has been dwindling out over the years to make room for a new standard created by International Accounting Standards Board called International Financial Reporting Standard Page Papi.

Article Summary show
IFRS
What’s The Difference?
What does this mean for Accountants?
Conclusion

International Financial Reporting Standard, or IFRS for short, has been becoming the new standard in Accounting. According to Steve Showerman, of the company of Deloitte, in his article IFRS in the United States: Challenges and Opportunities, over 12,000 public companies in over 100 countries have already switched to IFRS. This includes some companies in the European Union, and other countries such as Canada will be switching over later this year. The United States is slowly moving toward IFRS, but that still seems to be off in the long term. The new movement from GAAP to IFRS has caused financial reporting to differ between countries, and companies with offices in other countries can wind up paying the price.

Generally Accepted Accounting Principles and International Financial Reporting Standard differ in a few ways, such as their financial statements; when taking the CPA exam, test-takers will need to recognize and perform the different financial statements. Another major difference is how the cost is allocated; with GAAP, all assets are allocated to cost. But with IFRS, the allocation waits all the way until there is a cost for the product before it breaks down the cost.

With International Financial Reporting Standards, there is only First-in, First-out, weighted average, and specific identification for inventory purposes. This is different from Generally Accepted Accounting Principles because it uses all of these and uses Last-in First-out for inventory. IFRS uses a one-step method for impairment write-downs, compared to GAAP, which uses a two-step method. This makes write-downs more common with IFRS because it is only one step rather than two. 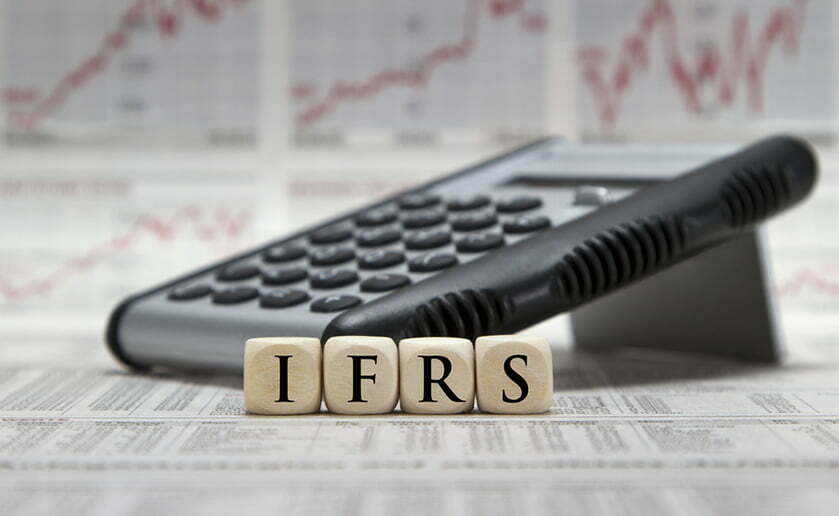 What does this mean for Accountants?

These differences will affect everyone, from students and professors all the way to accountants and experts who have been in the field for years. It will cause accountants to learn new financial statements and cause them to either go back to school or learn different techniques on their own. On the CPA exam, accountants will need to remember the old standard, Generally Accepted Accounting Principles, and they will also need to learn and know the new standard, International Financial Reporting Standard. With this, CPA test-takers will need to realize which standard to use in which circumstances and know the differences between the two standards.

International Financial Reporting Standard is the new standard that is sweeping the globe, and according to Janice Patricio, a partner at KPMG and a leader in the movement for IFRS, the Securities and Exchange Commission has made a compliance date for all companies to move from GAAP to IFRS between the years 2014 to 2016. The SEC had also said that it would comply with the global financial framework. In Why Switch to IFRS From GAAP?, Marquita Jennings explains that on August 27, 2008, the SEC had proposed the idea of making a road map for people to follow while they are switching from Generally Accepted Accounting Principle to International Financial Reporting Standards.

And on November 14, 2008, the SEC did just that, producing a 165-page document serving as a road map for people while switching from GAAP to IFRS. This will make it easier to make the change when all companies must comply, and people are not sure what they have to do to switch it to IFRS. However, people are not really sure when the change from GAAP to IFRS is coming, whether as early as 2014 or as late as 2016; we can all be sure that the change to IFRS is coming to the United States.