Observing The Atmosphere Of A Diamond In The Sky

Super-Earths are fascinating exoplanet “oddballs” that are unlike anything in our own Solar System. Smaller than the quartet of outer, giant, gaseous worlds in orbit around our Sun, super-Earths are more massive than our planet, and they are composed of gas or rock, or both. The exoplanet dubbed 55 Cancri e is a super-Earth with a radius about twice that of our Earth, and it also sports a mass that is eight times greater. Carbon-rich, rocky, and very, very dark, it is thought that at least one-third of this “oddball’s” mass is composed of diamond. In February 2016, a team of astronomers announced that they had accomplished the first successful detection of gases in the atmosphere of this faraway super-Earth–the exotic atmosphere is light in weight, dry, and possibly laced with a bit of carbon, as well.

55 Cancri e had already been dubbed the “diamond planet” before this study. That is because models based on its mass and radius strongly suggest that its interior is carbon-rich. The research that shows the presence of hydrogen and helium–but no water vapor–in this exotic planet’s atmosphere clearly reveals that it is scorched. The astronomers who conducted this research used new processing techniques on data derived from the NASA/European Space Agency (ESA) Hubble Space Telescope (HST). The research was led by a University College London (UCL) team of European researchers who could study the atmosphere of 55 Cancri e, alternatively known as “Janssen,” in unprecedented detail. The results of this research appear in the February 16, 2016 issue of The Astrophysical Journal.

“This is a fascinating result because it’s the first time that we have been able to find the spectral fingerprints that show the gases present in the atmosphere of a super-Earth. Our observations of 55 Cancri e’s atmosphere suggest that the planet has managed to cling on to a significant amount of hydrogen sky and helium from the nebula from which it formed,” explained Angelos Tsiaras, a doctoral student at UCL, in a February 16, 2016, Europlanet Press Release. Mr. Tsiaras developed the analysis technique with colleagues Dr. Ingo Waldmann and Dr. Marco Rocchetto in UCL’s Department of Physics & Astronomy.

Astronomers think that super-Earths are probably the most common type of planet inhabiting our Milky Way Galaxy, and they were given this name because they have a mass larger than Earth. The Wide Field Camera 3 (WFC3) on HST had previously been used to investigate the intriguing atmosphere of two other super-Earths, but no spectral features were seen in these earlier studies.

55 Cancri e has an 18-hour long year and an extremely toasty surface temperature of as much as 2000 degrees Celsius. The “oddball” planet inhabits a solar system that circles a parent-star named 55 Cancri, sometimes referred to as “Copernicus.” 55 Cancri is a sparkling denizen of the Cancer constellation that is about 40 light-years from Earth, and it is an especially brilliant star. Because of this star’s dazzling light, the team of astronomers was able to use new analysis techniques to obtain information about its carbon-rich planetary companion.

55 Cancri e was first detected while it was in the process of transiting across the glaring face of its parent star. That transit event allowed astronomers to measure its radius. When combined with an estimation of the planet’s mass, this newly acquired information enabled astronomers to determine its chemical composition.

History Of The Hunt

Ever since the first exoplanets were discovered back in 1992, about 2,000 of these distant, alien worlds–the planetary children of a star beyond our Sun–have been detected to date, and the discoveries of these weird wonder-worlds rapidly come pouring in. From hot-Jupiter gas-giants that hug their parent-stars in tight, close, roasting orbits; to other gas-giant planets that have wandered far from their birthplace; to carbon planets showing exotic chemistries; to a second generation of planets aborning around white dwarf stars, which are the relic cores of dead Sun-like stars; planet-hunting astronomers have learned to expect the unexpected. This is because their discoveries have time and time again confounded their expectations. So far, we have no evidence of life existing beyond our own planet. Still, with this treasure-trove of discoveries rapidly coming in, the rather self-conceited notion that we have the Universe all to ourselves could easily change tomorrow. 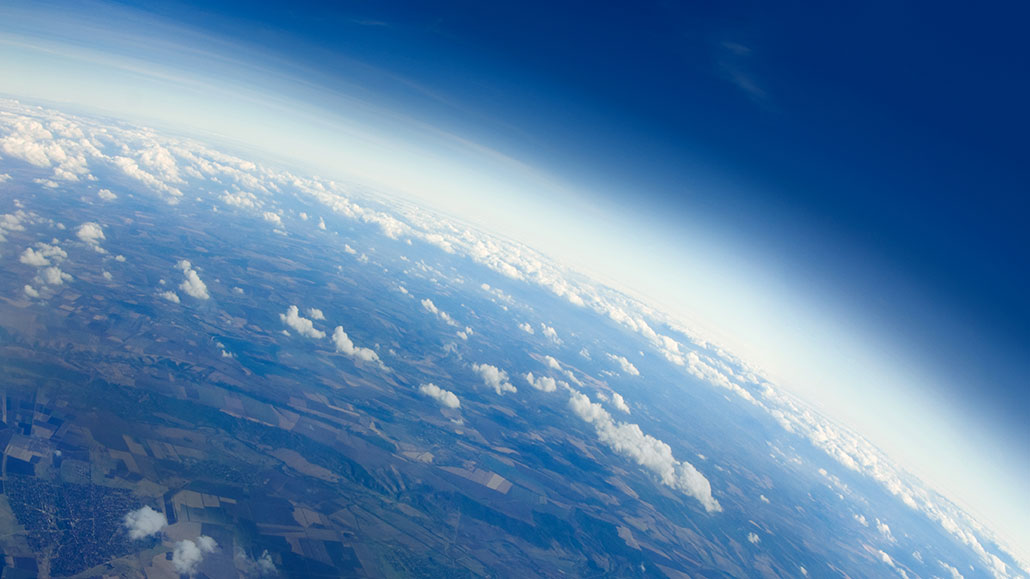 Dr. Alexander Wolszczan, an astronomer at Pennsylvania State University, was the first to find the exoplanet holy grail after observing tattle-tale radio emissions emanating from a compact millisecond pulsar situated approximately 1,300 light-years from our planet. The parental pulsar, dubbed PSR B1257+12, is a small, dense inhabitant of the Virgo constellation. A pulsar is a relatively small sphere, perhaps 12 to 20 miles in diameter. That is, the relic remains of a massive star that perished in the flames of a ferocious supernova explosion.

Pulsars contain up to 1,000,000,000 tons of matter, squeezed mercilessly into the size of a city like Tokyo. A pulsar is actually a young, wildly whirling neutron star, and these exotic stellar corpses possess a density equal to about 1,000,000 times that of the density of water. It was eventually determined that several weird planets orbit PSR B1257+12. The pulsar planets are thought to be rocky bodies like our Earth, but this is where all resemblance ends. Pulsar planets, in marked contrast to our planet, cannot sport an atmosphere. They are, in fact, extremely hostile worlds, showered in a constant bath of deadly radiation coming from their parent-stellar-relic.

The vicinity of a pulsar was about the last place that astronomers expected to find planets. Such strange beasts inhabiting the planetary zoo were the first to promise that a myriad of other strange “oddballs” exists in the alien families of other stars beyond our Sun. In fact, the unfortunate planets circling PSR B1257+12 may be carbon planets born due to the disruption of a carbon-producing star.

A carbon planet contains more carbon than oxygen, and it is thought that these strange, distant worlds are born from nourishing protoplanetary accretion disks that are rich in carbon–but poor in oxygen. Therefore, these exotic worlds would not develop in the same way as the quartet of relatively small, rocky, inner terrestrial planets of our Sun’s family (Mercury, Venus, Earth, and Mars), which are made up primarily of silicon-oxygen compounds. This particular theory is now based on strong scientific evidence, and it has been gaining increasing acceptance in the planetary science community. Differing planetary systems possess differing carbon-to-oxygen ratios, with our own Solar System’s quartet of terrestrial planets closer to being designated “oxygen planets.”

A carbon planet would likely contain an iron-or steel-rich core like the four terrestrial planets of our Sun’s family. Encircling that core would be molten silicon carbide and titanium carbide. Above that would probably be a layer of carbon in the form of graphite–possibly sporting a kilometers-thick substratum composed of diamond if there is sufficient pressure to produce it. It has been suggested that, during fiery volcanic eruptions, diamonds from the interior could shoot up to the surface, resulting in mountains made of diamonds and silicon carbides. The alien surface of such a wonder-world would display frozen or liquid hydrocarbons (tar and methane) and carbon monoxide. There could also be a weather cycle on carbon planets with an atmosphere–that is if that strange world boasts an average surface temperature below 77 degrees Celsius.